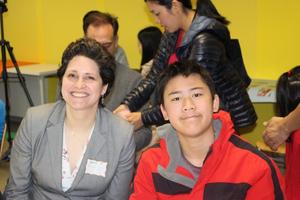 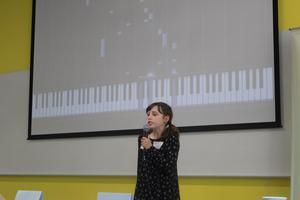 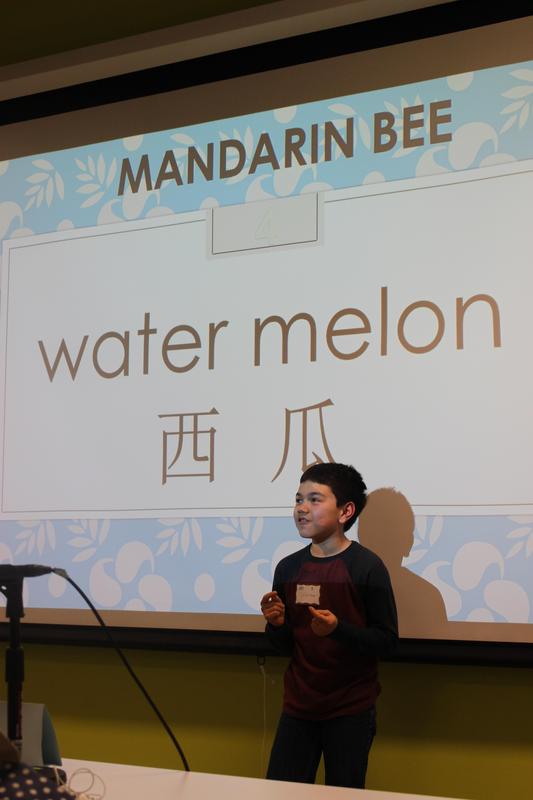 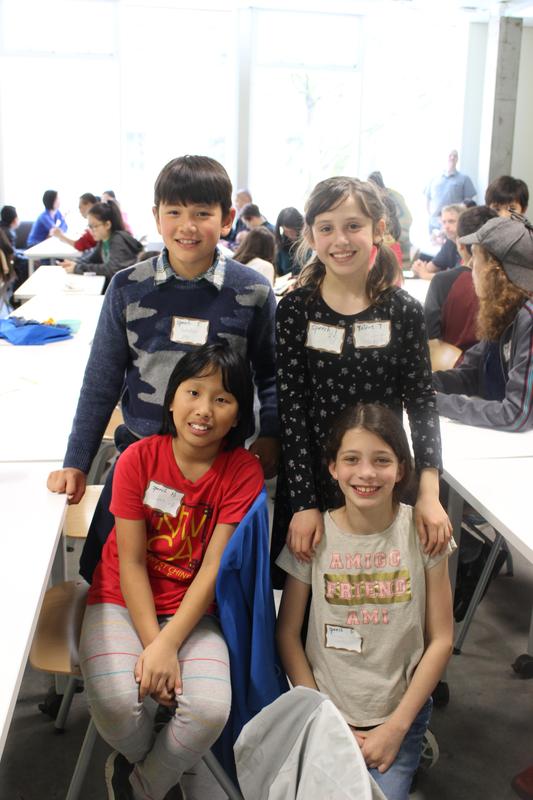 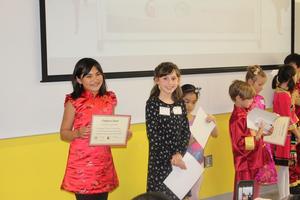 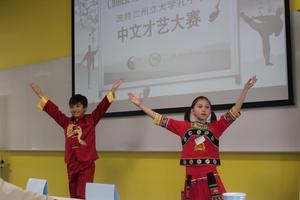 This past Spring, students from a number of Portland-area schools gathered at Portland State University's Karl Miller Center for Business to compete in the Confucius Institute's annual Speech and Talent Contest. Northwest Chinese Academy students in first through fifth grade, alumni, and even our Head of School, swept the competition and took top honors in three categories: a Mandarin Bee, a Mandarin Speech Contest, as well as a Chinese talent show.

First up was the Speech contest: fifth graders Ciena, Nicholas, Scarlett, and Ana represented current NWCA Students. Elliot ‘17, a current student at the International School of Beaverton, participated as an alumnus, and our very own Head of School Martha Ortiz also participated in the Adult category.

Ciena opened the competition with a speech about her best friends, a topic Ana also spoke about. Ciena, speaking mile-a-minute Mandarin, set the tone for an impressive NWCA showing in the speech competition. Nicholas gave a passionate speech about Southern Song Dynasty poet Yang Wanli's poem "舟过安仁", describing two fishermen with child-like easy going personalities. To the surprise of much of the audience, our own Head of School competed in the speech competition, discussing her favorite chengyu, a Chinese four character idiom. Scarlett talked about her hobbies.

Upstairs in the Mandarin Bee, 17 students showcased their Mandarin vocabulary, starting with simple words like numbers and colors before progressing to phrases and sentences. NWCA students represented more than half of those participating in the Mandarin Bee, and the final five students competing were all NWCA students. These five students' level of Mandarin was so high that they exhausted all of the Mandarin words and phrases that the organizers had prepared for the bee. These students were then quizzed from high-level Mandarin textbooks, being asked to translate sentences that became longer and more descriptive as the competition progressed. In the end, there were two students, Summer and Alana, who were both declared winners of the Mandarin Bee due to the fact that the organizers could not stump these girls with Mandarin sentences they did not know! Genevieve came in right behind them in third place in the Bee, also did particularly well.

The talent show featured a diverse lineup of acts, including singing, shadow puppetry, Chinese folk dancing, and one participant who sang, played piano, played trumpet, and did a gymnastics routine all in one act! Ciena sang a Chinese song, while Audrey and Ethaniel performed Chinese ethnic minority folk dances that our Confucius Institute teacher intern, Xiaogui laoshi, had taught them.

At the awards ceremony, NWCA students took first place in all three categories of competition. As previously mentioned, Alana and Summer shared top prize in the Mandarin Bee. Audrey and Travis took first place in the talent show category, and Ciena was deemed the winner of the speech contest. Placing second in their respective categories were Head of School Martha Ortiz, Nicholas and Scarlett in the speech competition, and Ciena in the talent competition. Ana and Elliot placed third in the speech competition, while Genevieve came in third in the Mandarin Bee.

Congratulations to all who participated and let's repeat the sweep next year!

Thank you to Jingzi Zhao for your photography!