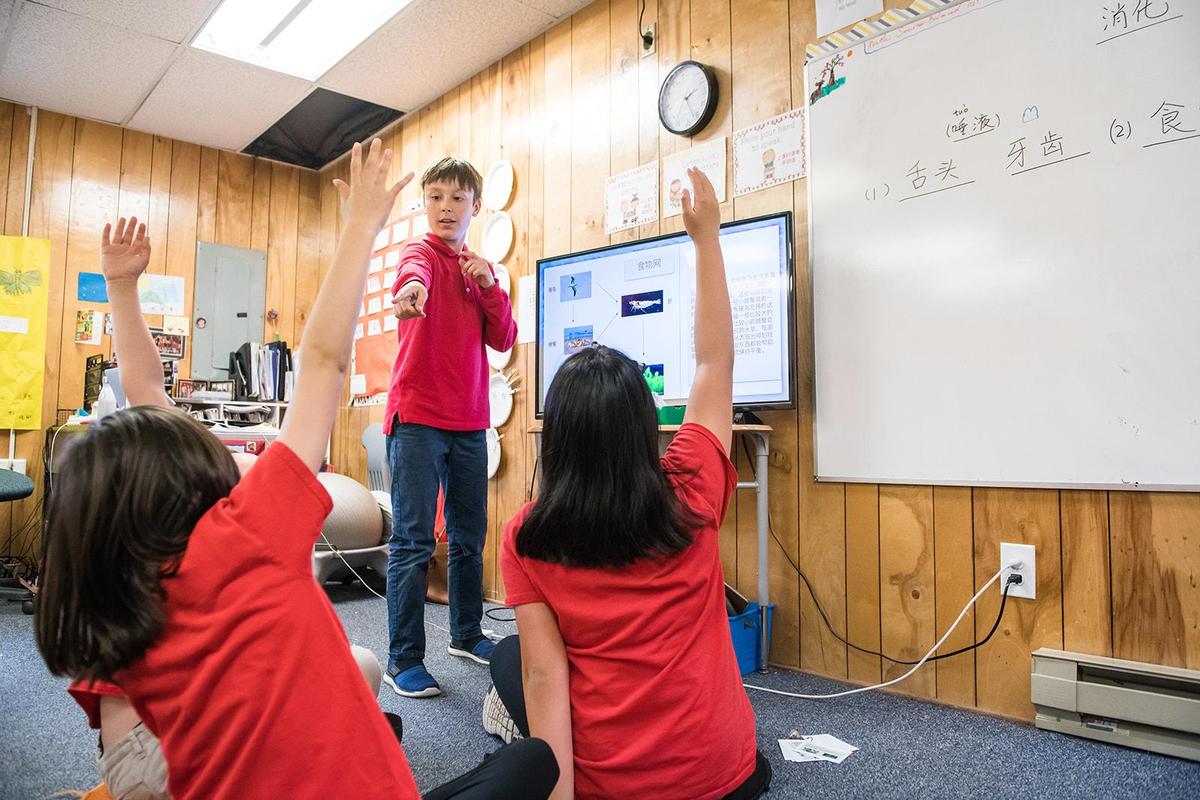 This article, titled “What the Research Says About Immersion” was originally published by the Asia Society in Chinese Language Learning in the Early Grades. The article has been edited for clarity. The full article and links to the studies referenced can be found here (link to: https://carla.umn.edu/immersion/documents/ImmersionResearch_TaraFortune.html

What are the Benefits of Language Immersion?

Without question, the issue investigated most often in research on language immersion education is students' ability to perform academically on standardized tests administered in English. The research response to this question is longstanding and consistent. English-proficient immersion students are capable of achieving as well as, and in some cases better than, non-immersion peers on standardized measures of reading and math.

This finding applies to students from a range of socioeconomic and ethnic backgrounds as well as diverse cognitive and linguistic abilities. Moreover, academic achievement on tests administered in English occurs regardless of the second language being learned. In other words, whether learning through alphabetic languages (Spanish, Hawaiian, or French, for example) or character-based languages (Mandarin, Japanese, or Cantonese), English-proficient students will keep pace academically with peers in English-medium programs.

The immersion approach first gained traction in North America because educators believed in its potential to move students further towards bilingualism and biliteracy. Immersion language programs took root in areas such as St. Lambert, Canada, and Miami, Florida, where educators felt that more than one language was necessary for children's future economic and social prosperity. Program designers wagered that making the second language the sole medium for teaching core subject content instead of teaching the second language separately would result in more students reaching higher levels of proficiency. These early immersion programs started by committing one-half or more of the school day for teachers and students to work only in the second language. Students were socialized to adopt the new language for all classroom communication and subject learning.


This approach to second-language and literacy development proved itself to be the most successful school-based language program model available. English-proficient immersion students typically achieve higher levels of minority (non-English) language proficiency when compared with students in other types of language programs. Immersion students who begin the program as English speakers consistently develop native-like levels of comprehension, such as listening and reading skills, in their second language. They also display fluency and confidence when using it. Further, the more time spent learning through the non-English language, the higher the level of proficiency attained. To date, early total (one-way) and nearly total (90:10) two-way immersion programs demonstrate higher levels of minority language proficiency than partial or fifty-fifty programs.


Initial concerns about the possible detriment to English language and literacy development were eventually laid to rest. English-proficient immersion students who achieved relatively high levels of second-language proficiency also acquired higher levels of English language skills and metalinguistic awareness—that is, the ability to think about how various parts of a language function. Researchers posit that metalinguistic skills positively impact learning to read in alphabetic languages because it facilitates the development of critical literacy sub-skills such as phonological awareness and knowledge of letter-sound correspondences for word decoding. The important relationship between phonological awareness and successful reading abilities is clearly established.


Research about the relationship between character-based and English literacy sub-skills continues to grow. To date, evidence points to the transfer of phonological processing skills for children whose first language is Chinese and are learning to read in English as a second language. Studies also indicate a relationship between visual-orthographic skills in Chinese, the ability to visually distinguish basic orthographic patterns such as correct positioning of semantic radicals in compound characters, and English reading and spelling.


Bilingual children develop the ability to solve problems that contain conflicting or misleading cues at an earlier age, and they can decipher them more quickly than monolinguals. When so doing, they demonstrate an advantage with selective attention and greater executive or inhibitory control. Fully proficient bilingual children have also been found to exhibit enhanced sensitivity to verbal and non-verbal cues and to show greater attention to their listeners' needs relative to monolingual children.  Further, bilingual students display greater facility in learning additional languages when compared with monolinguals.


While much evidence supports the benefits associated with full and active bilingualism, the relationship between language immersion education and long-term cognitive benefits is as yet less well-understood. Some research does indicate greater cognitive flexibility and better nonverbal problem-solving abilities among English-proficient language immersion students.

Increasingly, proficiency in a second language and intercultural competency skills open up employment possibilities. Many sectors require increasing involvement in the global economy, from international businesses and tourism to communications and the diplomatic corps. Current trends show that high-level, high-paying employment will demand competence in more than one language in the future.  In the United States, world language abilities are increasingly important to national security, economic competitiveness, delivery of health care, and law enforcement.

Beyond economics are the countless advantages that bi- and multilingual individuals enjoy by being able to communicate with a much wider range of people from many different linguistic and cultural backgrounds. Knowledge of other languages enriches travel experiences and allows people to experience other societies and cultures more meaningfully. Besides access to foreign media, literature, and the arts, bi- and multilingual people can simply connect and converse more freely. Becoming bilingual leads to new ways of conceptualizing oneself and others. It expands one’s worldview, so that one not only knows more, one knows differently.